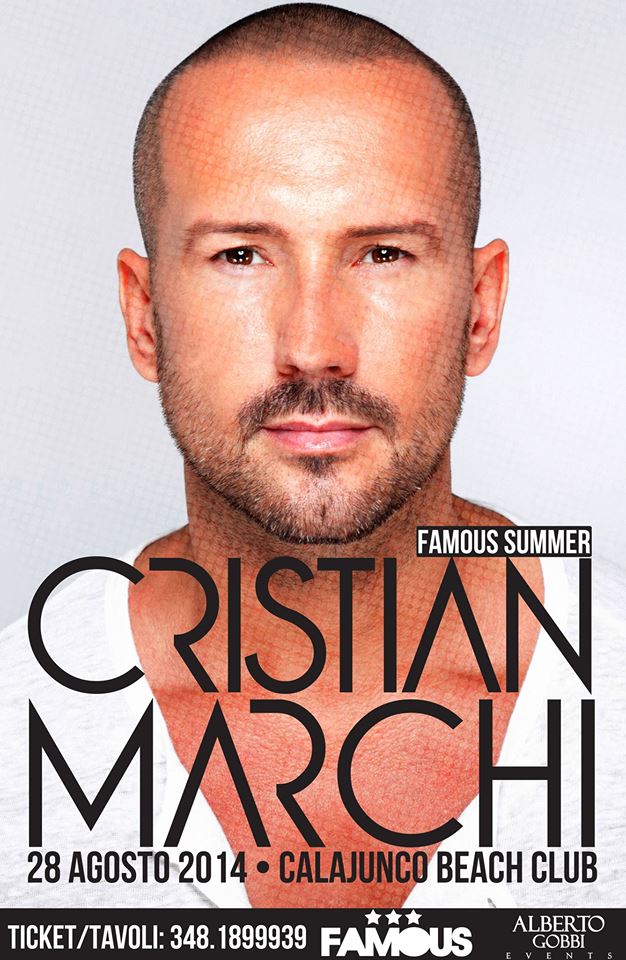 We’re proud to introduce you…

______________________
BIO:
Cristian Marchi (born March 31, 1976) is an Italian, progressive house, electro house and house producer and DJ.
His professional career began in 1999, when he was employed as a DJ and a speaker for Radio Base, a local radio station of his hometown, Mantova. Prior to that, he worked as an electrician during the day and a DJ at night. His appeal as a DJ and performer grew over the years. He now does around 100 DJ gigs a year, all around the world, including Europe, Australia,[1] Egypt, and Korea. He is usually a DJ guest in Paradise Mykonos, Greece,[2] Tito’s Palma de Mallorca, Spain, and Bussola Versilia or Aquafan Riccione.

Cristian Marchi’s tracks and remixes are supported and playlisted by top DJ’s such as David Guetta, Bob Sinclar, Dada Life and are released by many labels all around the world, including Time Records, Ultra Records, Universal Music Italy, Ego Music and his own label, Violence Rec. He describes his own music as “modern house” and he is considered a key figure of the European house scene.[6][7] He is also the DJ testimonial for Pioneer CDJ, one of the main technology tools for DJ’s.[8] His most popular track is “Love, Sex, American Express”.
__________________________